To the many literati in Colombo who are not part of this exclusive club, it may come as a surprise that SCOR (a silent community of readers) literary salon since February 2009 hosted their 60th event in October 2017 at the Mansion, Movenpick Hotel. 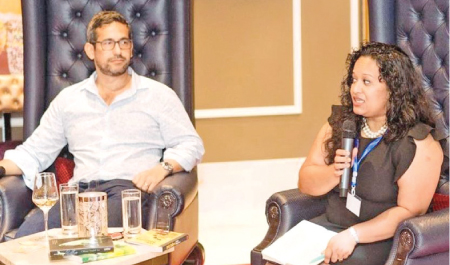 SCOR which was initially known among its pioneering members as “Sarrah’s Book Club” began in February 2009. When Namalie Menikdiwela, an avid reader and true literary enthusiast joined the group, the soiree was held more frequently. Since then the book club with the support of a few passionate readers has hosted many international and local authors and special guests. “Think of it as an underground club where literary lovers casually meet for some vino, finger food and banter on books,” said Member Literati Roshini Galappati. “It’s where we come to for our sporadic literary fix and each meet up has never failed to satiate our literary yearnings.”

Prior to the event, Chhimi said “SCOR was the first book club I have been to as an author and I will soon be back for my third visit. I absolutely love their events, as they are always incredibly well organized and catered. They have managed to bring together a group of superbly intelligent and appreciative readers who ask wonderful questions and have insights into my books I had not thought of myself. When I first release a book, if I get SCOR’s approval, it gives me great confidence. They are all so supportive and keen to help authors and they have become very important to Colombo’s literary landscape.”

SCOR has also been privileged to have had the opportunity to gift Chhimi Tenduf – La’s Amazing Racist to His Holiness The Dalai Lama during his 80th birthday given Chhimi’s Tibetan heritage.

“The SCOR Literary Salon? They feed you like a king, they ply you with drink. Then, with great precision they extract your deepest, darkest secrets. It’s like going to the dentist – only a whole lot more fun.” 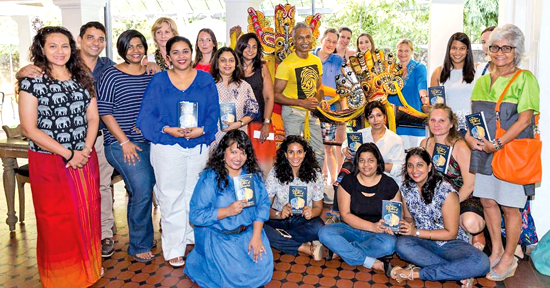 The salon engages conversation on trending topics and issues which effect people around the work, thus in August, the pick was Colson Whitehead’s ‘Underground Railroad’. SCOR also believes in engaging a diverse set of Guest Speakers to join the conversation: in September, International Speaker & Public Speaking Coach, Amélie Yan-Gouiffès from France, took the patrons through Dr. Brian Weiss’ Many Masters Many Lives, in person.

Paulo Coelho posted the group’s photos on his social media when they discussed, ‘The Alchemist’ and wrote to the group: “The contact with my readers gives me joy and strength to continue my work. Keep on fighting for what is important to you and to the world!” In October, when the group took on ‘A Little Life’ by Hanya Yanagihara, Hanya herself thanked SCOR on Instagram.

International authors that have joined the conversation via Skype in the past include Authors Kimberley McCreight, Corban Addison, Joe Baker, Rosalyn D’Mello, Shankari Chandranto, to name a few. SCOR is very excited to announce that their final December session will be their Christmas soiree and they will have Author Alexandria Marzano-Lesnevichto discuss The Fact of a Body.

Sarrah Sammoon, SCOR Founder, a female entrepreneur strongly believes that the literary salon plays a big role in helping readers to commit to books, the discussions help people grow personally, the networking develops relationships and on the whole it is good for the mind, body and soul.